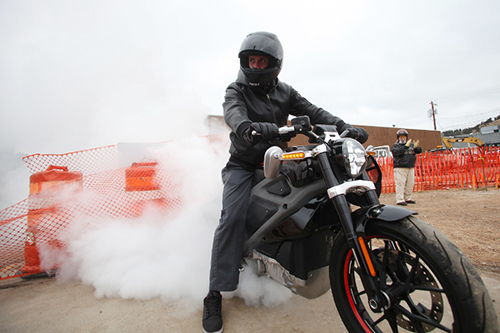 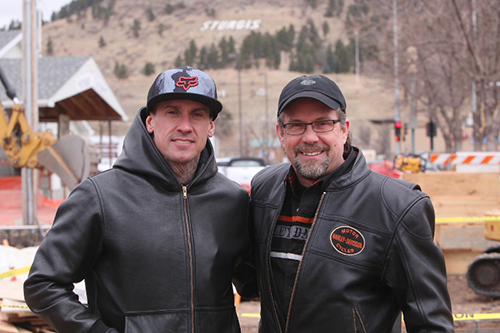 “Breaking ground on The Rally Point solidifies Harley-Davidson’s presence in Sturgis,” said Sturgis Mayor Mark Carstensen. “The Rally Point will be a hub for riders during the Sturgis Motorcycle Rally and it will serve as a gathering point for the citizens of Sturgis throughout the year.”

A Special Delivery from Milwaukee To ensure the new multi-purpose space builds on the legacy of the brand and is pure Harley-Davidson, 74 bricks from the company’s Milwaukee headquarters, a building that once housed the company’s factory dating back more than 100 years, and one brick from the Harley-Davidson Museum will be integrated into The Rally Point’s final construction.
As part of the ceremonial groundbreaking, the bricks traveled 900 miles from Milwaukee on Harley-Davidson motorcycles and were delivered to Mayor Carstensen by members of the Harley Owners Group. Carey Hart, motocross star and 2015 Grand Marshall of the Sturgis City of Riders Mayor’s Ride, received the bricks with Mayor Carstensen.