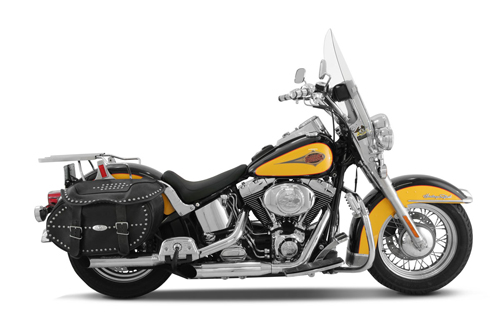 Mustang Seats created some rumbling around the V-Twin industry when they introduced the lowest, leanest seat in the line-up for Harley-Davidson® Dyna and FL models this past summer. Proudly made in the USA, the new RunAround™ represented a bold look at motorcycle seating without sacrificing Mustang’s legendary reputation for quality. Only one problem — Softail riders wanted the same seat!

“Our combination of New England craftsmanship combined with 21st Century engineering means your RunAround™ seat looks as incredible as it feels,” adds Simmons. “A well-designed baseplate is the key to success, so that was where the engineering team started.” A narrow front width of just 10.5″ for all the Softail Solo seats works in conjunction with the low profile which keeps the rider styling… without having to sacrificing too much in terms of comfort.

The controlled density polyurethane foam can be poured a little thinner without compromising the comfort, while making for a much thinner seat pad in the process. Made in-house at Mustang’s historic Three Rivers, MA facility, the exact angle and density of each seat foam panel is formulated and cast to be soft enough for comfort, but resilient enough to retain its shape and structural integrity for years, according to Simmons.

For more specifics, check out the Mustang website: here