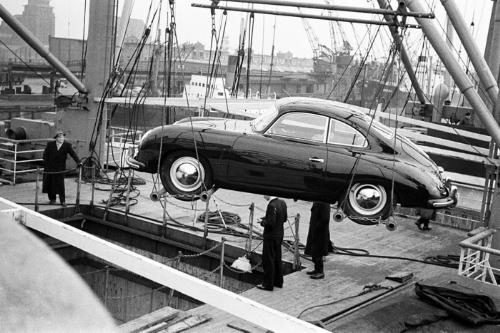 The Porsche Museum in Stuttgart Germany will be celebrating a very special anniversary this year: It was exactly 60 years ago, in the autumn of 1950, that the first Porsche 356 models were shipped to the USA. Since then, what was at that time just a small sports car manufacturer, has gone on to capture the hearts of American sports drivers – and a good number of Hollywood stars as well. From October 12, 2010 to January 9, 2011 the Porsche Museum will be celebrating the presence of Porsche on the world’s largest and most important automobile market with this special exhibition, a presence which for six decades has been steadily growing. As part of this, visitors will be able to see the most interesting Porsche series for the American market, among them the prototype of the Porsche 356 Speedster, the rare 356 America Roadster, and the legendary 550 Spyder.