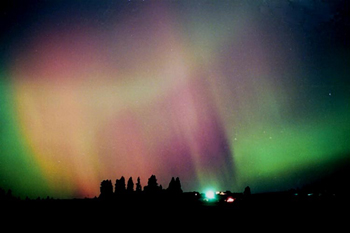 We have all heard of the Northern Lights, but hardly any of us have been lucky enough to see it in person. Well according to NASA Tuesday evening and tonight Wednesday August 4th 2010 you can catch a glimpse of a rare solar storm that will mimic a showing similar to that of the Northern Lights. The storm is expected to produce “rippling dancing curtains of green and red light” across the sky
On Sunday, NASA reported that satellites detected that a portion of the sun had erupted and dispatched a C-3 solar flare, which spawned a solar tsunami that’s headed for Earth. Once it reaches Earth, the charged particles will likely create northern lights-like displays.
But the light show will be visible only in the northern part of the U.S. and other countries. According to NASA, this type of eruption is one of the first signs that the sun is waking up and heading toward another solar maximum, which is expected in 2013.
The last solar maximum was in 2001.

Mustang Motorcycle Seats has a cool new line of luggage/saddlebags for your bike, Sara grabbed Al Simmons at the V-Twin Expo and asked him to show us all the new stuff! 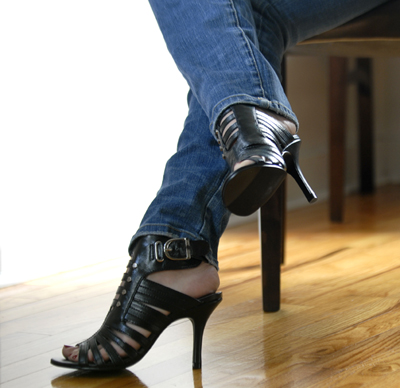 Looking for a pair of heels that don’t look like all the others?  Then you gotta Check out the Hayley from harley-Davidson Footwear. This heel has Attitude! The best part is, the Attitude won’t cost you when it comes to comfort. We were totally surprised at how comfortable this heel is. The shoe is made of a soft material so the cool buckle sportin’ ankle strap is not digging into your leg like we were thinking it would. We really like that!  We were also surprised at how much support this shoe gives and left us feeling stable and solid, not flimsy and wobbly like some other heels.   We love the cool metal stud accents, and of course the side buckle strap!