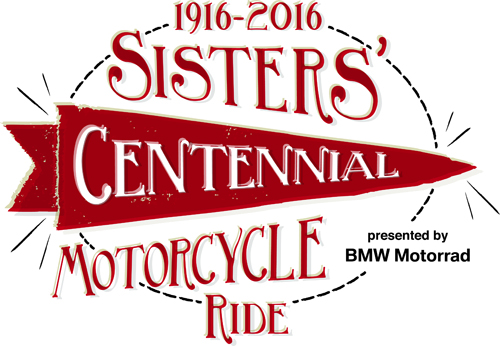 Indian Motorcycle, America’s first motorcycle company, is proud to announce its partnership with the Sisters’ Centennial Motorcycle Ride, a cross-country group ride that celebrates the 100th anniversary of Augusta and Adeline Van Buren’s courageous and unprecedented motorcycle journey across the United States.

In 1916 the Van Buren Sisters were the first women to traverse the continental U.S., each on her own motorcycle. Their mission was to show the U.S. Army that women could serve as motorcycle messengers, and to throw light on the women’s suffrage movement of the time. Their ride was heavily reported and included riding to the summit of Pikes Peak, quite a feat on the unpaved road with their 1915 Indian “Motocycles” (as they were known at the time). The Sisters were inducted into the American Motorcyclists Association Hall of Fame in 2002 and the Sturgis Motorcycle Museum & Hall of Fame in 2003

The ride, beginning July 3 in New York and ending July 23 in San Francisco, honors and celebrates female motorcycling heroines of the past, and promotes the continued growth of women motorcyclists and the motorcycling community. The journey will loosely follow the Van Buren sisters’ 1916 path, with the primary route being the historical Lincoln Highway.

Two charities will be funded as a result of the Sisters’ Centennial Motorcycle Ride’s event efforts: Final Salute, Inc. and Women’s Coalition of Motorcyclists. Final Salute is a national women’s veterans’ organization which provides temporary and permanent housing for the over 500,000 homeless female veterans in the United States. The Women’s Coalition of Motorcyclists is an organization providing funding for motorcycle train-the-trainer scholarships that will help enlarge the number of female instructors and coaches for road, dirt and track.

“We are delighted that Indian Motorcycle has chosen to participate in the Sisters’ Centennial Motorcycle Ride,” says event organizer Alisa Clickenger. “Indian Motorcycle left an indelible mark not only on America’s transportation industry but also the defense of our country dating all the way back to World War I. Additionally, their importance to the Van Buren sisters’ history-making transcontinental journey makes them an ideal partner for us.”

“Indian Motorcycle is proud to celebrate the increase in female ridership as led by the Van Buren Sisters a century ago,” says Pam Kermisch, Director of Integrated Marketing & Customer Experience at Indian Motorcycle. “Looking back at the long history of our brand, it’s events like this that cement our commitment to brand enthusiasts, patriotism and inclusive ridership at every opportunity.”

In addition to the group ride program, Indian Motorcycle will sponsor select riders with the loan of new 2016 models for the trip, including Robert Van Buren, the great nephew of the Van Buren Sisters, and Sarah “SeCCret” Moreau, who will be riding from Los Angeles, inspired her heroine Bessie Stringfield’s journey. Bessie Stringfield, an AMA Hall of Fame member, became famous for long distance riding in the 1930s and 40s. SeCCret’s tribute will be reported through Black Girls Ride magazine.