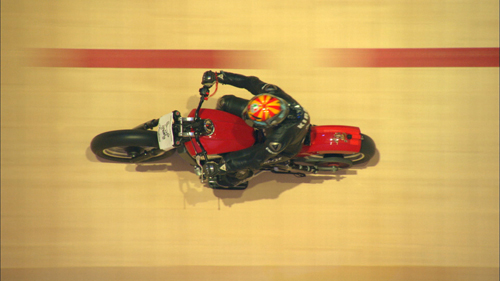 Indian Motorcycle, America’s first motorcycle company, is proud to announce that accomplished English road racer and flourishing daredevil TV presenter Guy Martin used an Indian Scout motorcycle to prepare for a new world record he recently set for the fastest speed around a ‘Wall of Death’.

The feat was televised live on Channel 4 in the UK on March 28 and immediately certified as a Guinness World Record. A silo-shaped cylinder made of wooden planks, a Wall of Death installation usually ranges from 20 to 36 feet in diameter. Motorcyclists traveling along the vertical wall of the silo at a typical speed of approx. 20 mph are held in place by centrifugal force. To reach the 60 mph Martin needed to achieve, yet limit the g-force plying his body, the Wall of Death built for him in an otherwise unused hangar featured a 387-ft. circumference. 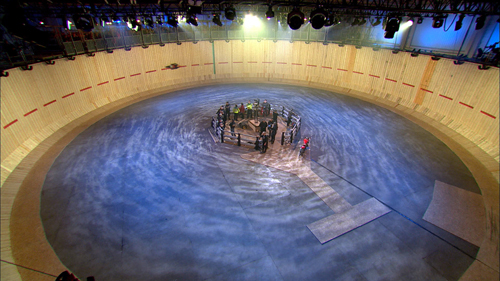 Viewers saw Martin set the overall speed record on his own custom-built motorcycle, but to prepare for the live attempt, he used an Indian Scout supplied by Krazy Horse, an Indian Motorcycle dealership in Bury St Edmunds, UK.

Riding the Indian Scout, Martin hit 60.1 mph – an instant Guinness World Record – on his first attempt and reached a confirmed 70.33 mph on his second attempt. Then he switched to his own custom-built BSA R3 powered by aviation fuel. The result: 78.15 mph, the speed logged for the official Guinness World Record. 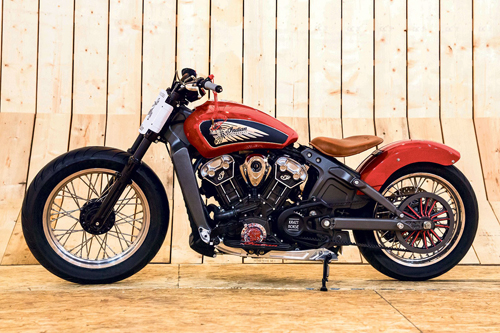 “Seeing Guy ride the Indian Scout in preparation for the live show and initially setting a new world record was an extremely proud moment for us,” says Jim Clarke, Country Manager for Polaris UK & Ireland.  “It’s testament to the Scout that a production motorcycle with very little modification could ride around that gigantic Wall of Death and help to set a new World Record.”