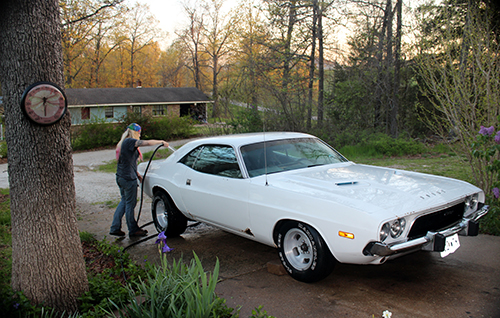 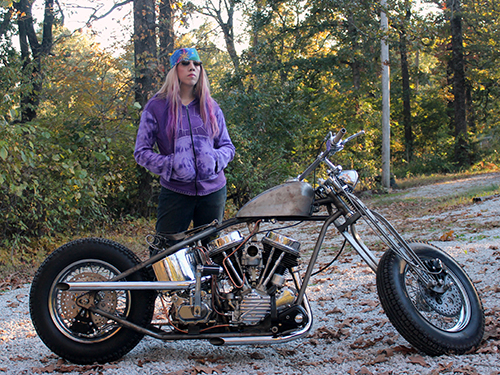 “Since winning the Garage Girls Ultimate Biker Makeover last year, a lot of exciting changes have happened in my life.  I had a 1981 Corvette and a 1978 Z-28 that I owned 14 and 23 years respectively.  Well, I surprised everyone and sold BOTH of them!  I love making goals for myself and one of my latest goals was to own a MOPAR.  I ended up buying a 1974 Dodge Charger and shortly afterwards also bought a 1973 Dodge Rallye Challenger.  My Charger is home now after getting painted “Green Go” and the same day it came home, the Challenger was loaded up to come back “Plum Crazy Purple”.
I am still riding my 1981 Ironhead after 5 years, but have also been riding my 1956 Panhead that I have been building in the living room for the last 6 years!  It has been in raw form (which I love) but I have decided to follow through with my original plan and the tins should be coming home this weekend painted.  I sold my Yamaha enduro that I had owned for over 8 years in order to have more Harley money.  I am also still working on my secret project that I bought over three years ago.

I have become a freelance writer, having articles published in Wrench Magazine, Thunderroads Oklahoma/Arkansas and have a bi-monthly column in Renegade Magazine.  I now get to use my photography skills to do something that involves bikes.  My life still revolves around motorcycles and hot rods!  I still have hedgehogs, but instead of 23 of them I have downsized to a mere nine.

I was contacted by a company called Motorcycle House to see if I would be interested in testing and KEEPING motorcycle related items in exchange for doing reviews on my blog.  I of course, said YES!  In addition to all of the great prizes that I won through Garage-Girls, I am now getting to try out even more cool things.

I have gotten to share my story and my continued life of frugality with tons of different people, including national magazines and popular blogs.  Everything that I have accomplished is because I have worked hard and kept my priorities straight.  I have only worked for minimum wage.  In the newest edition of Renegade Magazine, I talk about all the ways in which I am frugal in order to have what I do.  Some of it sounds extreme, but my motto has always been “Whatever it takes!”

It is my dedication that allows me to have the things I truly want.  It is also that determination that I would like to share in hope that it helps inspire others.

Winning the Garage-Girls Ultimate Biker Makeover was truly a dream come true.  I would tell anyone who is thinking about entering to just do it! ” 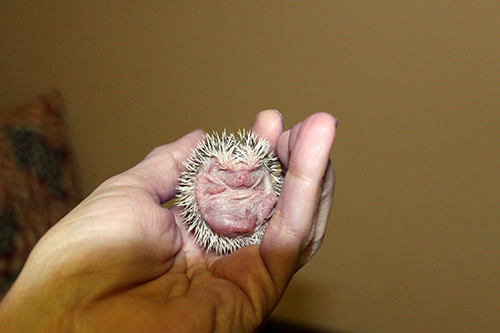