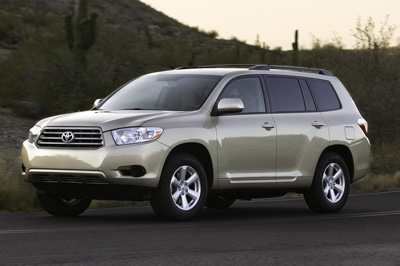 Another recall, if you have one of these models, call your dealer.
Toyota’s latest recall affects six models and is intended to deal with potential defects that could entrap the gas pedal. It comes in the wake of an investigation by the National Highway Traffic Safety Administration.
The action, which incorporates three separate recalls and comes in addition to earlier recalls for similar issues, affects six models and addresses various potential defects that could entrap the gas pedal, leading to dangerous loss of control.
Since the autumn of 2009, the Japanese automaker has issued over 14 million recall notices to address a series of safety and quality issues. The majority have been for sudden-acceleration-related flaws, and Toyota has been subject to numerous federal investigations to explore the problem.
According to the NHTSA, the new recalls came about as a result of an investigation it launched last spring into the scope and breadth of Toyota’s original pedal-entrapment recall. In a statement Thursday, David Strickland, the NHTSA’s administrator, said the safety regulator had reviewed over 400,000 pages of Toyota documents.
Toyota said that nearly 1.4 million of the newly affected models were being added to its September 2009 recall for pedal entrapment. Those models are the 4Runner, Rav4 and Lexus LX.
But it also identified separate problems, related to the shape and functionality of interior panels and carpeting that could interfere with the accelerator pedal, in the Highlander, Lexus RX and Lexus GS. Those are new recalls.