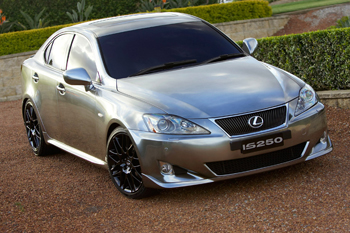 If you are driving a Lexus, Listen Up…….  From the LA Times
Problems with the fuel systems of several models prompt Toyota to issue another large recall. In the U.S., about 245,000 cars from the Lexus line are affected. Overseas, about 1.3 million vehicles will be recalled.
Toyota Motor Corp. announced another large global recall Wednesday, this time for a variety of problems in the fuel systems of many different models produced by the Japanese automaker.
“When it comes to recalls, all the manufacturers are on high alert. They are quick to announce recalls because they all want to make sure they are not caught hiding something,” said James Bell, an analyst with auto information company Kelley Blue Book. “But unfortunately for Toyota and Lexus, it has become a story on its own.”
In the United States, Toyota said it will recall about 245,000 cars from its upscale Lexus line to inspect a fuel pressure sensor. The vehicles include the 2006 through 2007 Lexus GS300/350, the 2006 through early 2009 Lexus IS250, and the 2006 through early 2008 Lexus IS350.
Toyota said that the pressure sensor could loosen over time and cause a fuel leak. Owners will be told of the recall by mail. They can also call (800) 255-3987 or look up details at http://www.lexus.com/recall.
The automaker also said it will recall about 1.3 million vehicles not sold in the U.S. to fix different fuel system problems. Almost 400,000 of those autos have two different defects to be inspected or fixed.
Many of those recalls will take place in Europe, where Toyota is considered another Asian brand rather than a market leader as in the U.S., and could hurt the automaker’s image, Bell said.    “They probably can’t do any more damage to the brand in the U.S.,” he said.    This new wave of recalls come almost a year after Toyota briefly stopped building some of its most popular models in the U.S. and suspended sales of the cars to fix a problem with sticky gas pedals. The company has recalled well over 10 million autos over the last 18 months.      Hampered by the recalls and the record payment of nearly $50 million in federal fines for failing to promptly inform regulators of defects in its vehicles and delaying recalls, Toyota saw its share of the U.S. auto market fall to 15.2% last year, from 17% in 2009.      Toyota was the only major auto company to see U.S. sales decrease last year from 2009.     Chevrolet outsold the Toyota brand for the first time since 2007 last year. The American brand sold almost 1.6 million vehicles in 2009, compared with 1.5 million for Toyota. Ford had sales of just under 1.8 million vehicles in 2010 and outsold Toyota for the first time since 2006.     Analysts say that GM, which owns Chevrolet, could catch Toyota to once again become the world’s largest auto company. GM’s global sales rose 12.2% to 8.4 million vehicles last year. Global sales for Toyota rose 8% to 8.42 million.